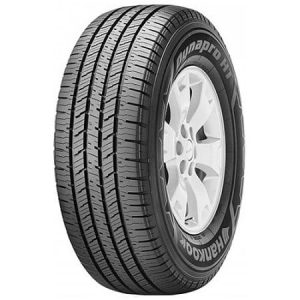 The Dynapro HT RH12 review will help you decide if it is worthy buying this tire for your pick up, van and sporty vehicle. The tire wears evenly, and gives you the best steering response due to its stable shoulders.

A good car cannot be determined by a mare look of the physical appearance and so are the tires. Though all the cars on the road have tires, not every driver enjoys the ride. Why? The comfortability, the speed and terrain can make your driving to be a night mare.

That is not the case with the Dynapro Ht Rh12 tire.  The manufacturers have put several considerations into consideration before manufacturing the tire which has made the tire a choice of almost every driver who values their time on the road.

What terrain is it mostly suitable for?

Earlier on in this Dynapro HT RH12 review, we have already mentioned that your response to steering is made efficient because of the stable shoulders. Now, it is good to note that there are lateral notches which are meant to increase the traction while you drive in the wet and icy traction. While you keep your hands on the wheel, traction is always generated in both snow and rainy seasons while the stability of the block is preserved optimally. This feature is enhanced by the interlocking geometry which results from the tread blocks that are intermediate and independent.

Seasons will never end yet they will keep changing. The Dynapro Ht Rh12 has manufactured to take care of all the terrains. What about the snow season? As long as the snow is low, don’t pack your pick up and stay indoors; keep riding yourself and your loved ones. Nevertheless, it is important to note that the tires gets stuck even in light.

Not only will you be catered for during the wet and icy tractions, but also in the winter traction since the tire comes with a zigzag sipe which increases the biting edges in number and are positioned at the tread design. So that hydroplaning can be resisted effectively, water is channeled through the help of the circumferential grooves. The grooves are four in number. The braking capability is also made effective in the process.

Most drivers can agree that driving efficiently for long distances can be challenging and almost impossible if the car they are driving is uncomfortable. While this is true, most drivers will admit that most vehicles will offer little or no comfort. The manufacturer of Dynapro Ht Rh12 had the driver in mind when manufacturing the tire. Therefore, while it remains possible to drive in all seasons, your comfortability is also taken care of up to 70%.  Of course too much of comfortability lowers other essential necessities like the tread wear. 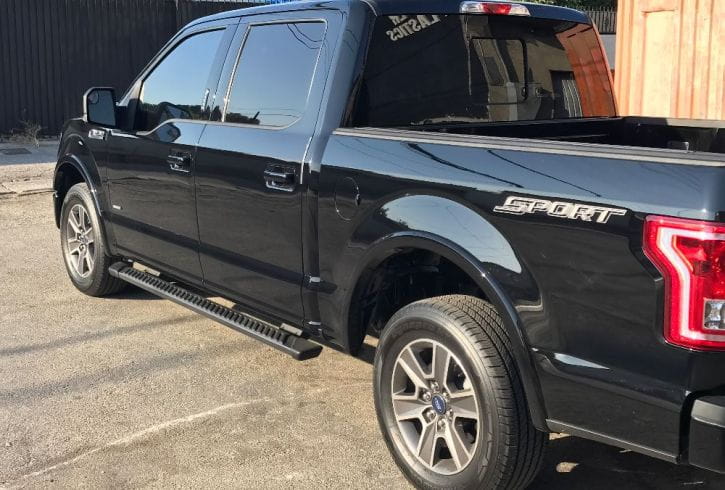 What about the tread wear?

The tire wears evenly since it has a tread design that is symmetric, and that has been generated using a computer system. However, talking of more of the tread of these tires, it may not be considered as quality since it is reported of having a tread durability of poor standard.

But when you think of noise as you drive, you will experience a low percentage of noise which when estimated can amount to 65%. Of course there are tires that can do better than this, but think of it. If the tire has a low tread wire, would reduced noise be of any use? Not really.

Hankook Dynapro HT RH12 Review: Who is this tire for?

If you are that driver who loves buying an SUV, van to ride your family out or maybe a truck for your personal transportation, then the Dynapro Ht Rh12 is just for. Choose the speed you want to drive at and also the roads you desire, the tire will take care of the rest. Again, if you are that kind of driver who drives crazily at any time on any road, you don’t have to worry much about such instances that you will need to halt your car instantly. The breaking capability, as discussed in this review, is quite effective even in wet roads.

What of its price?

Pricing is one factor we can never ignore when buying anything. However much the tire may be good, sometimes it becomes impossible to buy it when prices hit the roof. These tires are not expensive as compared to most of its type. The prices differ depending with the size that the driver wants. Nevertheless, with as little as $100, you can get yourself one tire. You don’t have to worry when buying because, any time you purchase the tire and realize it is not what you would have wanted, you are free to return it to the manufacturer.

Now, here it is a matter of common sense. No manufacturer will give you a warrant if they know their product is not good.  Therefore, it is evident that the tire will proof quality to an approximately 98% of the drivers. No wonder the manufacturer is confident when giving a warrant.

Should I buy it?

Reviews given by other users are good but you can never tell the truth until you buy the tire and test it by yourself. Right? Therefore, seeing that the tire has a warrant, it is recommended that you buy it and test it on your car. The manufacturer always recommends you buy a set of all four tires to ensure that tires wear evenly.

When choosing the best tires for your car, don’t just bump on any tires, carefully go through the reviews and determine if others have liked the quality or not. Balance the value with the quality and decide if the tire is worth carrying home. If the tire has no warranty, think again if you need it. It is good to weigh the pros and cons of every product and decide if it is the best for you or not. So, even with this tire, consider all factors and decide for yourself.

Thanks for reading and I hope you found this Hankook Dynapro HT RH12 review helpful. If you have any questions or comments please feel free to leave them in the comments section below.

at TireRack.com at DiscountTire.com at TireBuyer.com at Amazon.com

Follow me
Ivo Gievski
Profound knowledge in the automotive industry and engineering - I am enrolled in the Faculty of Mechanical Engineering - Skopje, and I also worked in Toyota Avto Centar (official dealer of Toyota vehicles in Macedonia) as a Certified Head of Service. Over 12 years of experience in the area, writing for popular websites and blogs.

Follow me
Latest posts by Ivo Gievski (see all)

1 thought on “Hankook Dynapro HT RH12 Review: How good is it?”