Your car has odors and you spray the fragrance. Nevertheless, the air in the cabin still gets bad smells, especially the mildew one. Using the perfume or fragrance cannot solve the root reasons of taking awful smells in your vehicle. How to get rid of mildew smell in a car is a matter that you should find out.

To dispose of those odors, you should investigate in the place of causing smells. Do not spray scents in the air because this is not a long-lasting method. If the trouble is from a failed mark in a window, for example, it will not disappear soon (unless you may take a magic bullet).

Let’s face this problem: it could be a daunting task to identify the true source. If you can realize the root reasons for the odors, you will finish this job successfully. Here are a few places to find the causes.

Cabin and interior of your car

Scrutinize the cabin and interior of the car. In other words, you should check all things, including the floor mats and seats. You even inspect the traces of moisture, the air conditioning system, and filters.

In hidden areas, you should touch around to feel. Rodents and water leakage are mostly the main reasons for the bad smells in the cabin car.

An old heat system is a perfect place for mold and mildew to live. These always lead to bad smells in the air vents. You ought to change a new heater core or disinfected in the air intake.

Most people choose the latter choice because it is less expensive than investing in a new core.

They just buy a reliable disinfectant product and spray around the air when they clean the cabin filter. They even open an ozone gadget in the car to circulate the air. This also supports the heat core works better.

Inspecting all seats and the seat areas are quite crucial as they contain sweats, particles, and debris on a regular basis. Look for the materials in the seats also plays a key role. This is because liquids and smells possibly penetrate to the seats.

Foams and fabrics tend to absorb these elements easier than vinyl and leather. Along with the seats, you need to check all cushions and crevices.

Carpets can become the odor source or components making bad smells in a different part of the car. Water leaks, clogged AC drain lines, dirty socks, dropped foods, drink spills have been left in foot areas or anywhere on the surface.

Even if the foot areas do not have carpets, make sure that you can keep them clean.

Dead animals, liquids, and other sources ought to cause freaking odors in the storage areas and the cabin of the vehicle. Smells, signs of moisture, and discoloration are the key points to discover mildew odors in the car.

Recognize mildew in your car

Molds are a type of fungus with thin shapes and two colors (white and blush green). They are simple plants living in the wet condition and presenting in the air.

Moisture, darkness, and warm environments are the best for their growth. Therefore, carpets and other furniture areas often have fungi and smell.

How to remove mildew smells

Because molds are living organism and you can see them under a microscopic only, stop the growth of the fungi is the greatest solution.

Dry the air inside

The first thing to remove musty smells in your car, you should monitor the wet condition of the air. Diminish moisture from the cabin air is not difficult. You can open doors and windows to circulate the air. Or using an exhaust fan to force to get the inside air out.

At the same time, you should check the air conditioning system to ensure that the atmosphere stays well.

Use the odor remover spray

When you need to peel off bad smells quickly, try a remover spray. This method is suitable for minor built up in the air conditioning vents. Nevertheless, keep in mind that the spray can take off-odors temperately. It cannot remove the root source!

Open a spray remover and spray around the air in the cabin car as well as the air conditioning vents. You could move the spray to other interior areas such as carpets, seats, upholstery pieces, and foot surfaces.

With offensive odors, baking soda is a great way to remove it. Along with baking soda, you need to get a handheld vacuum or a vac on the molds. After two hours, you probably vacuum those particles. This method is compatible with dirty spots on the seats or carpets.

If you recognize that the molds were caused by liquids, you could take anhydrous calcium chloride. This substance might destroy the molds and remove excess water, so odors will be also released.

After cleaning the cabin, using an air freshener and essential oil are good ideas to keep your vehicle in gets nice scent.

Choose your favorite taste so that you always feel powerful and interested in driving, especially when you have a long journey.

With the essential oil diffuser, put as many therapeutic components as you can so that they help your mind relaxed.

Mold odors are a popular issue in any vehicle, especially with car interiors. Water leakage dropped foods, dirty spills, sealing leaks in the windows, and doors can lead to awful odors. Evaporated moisture in the air conditioning system could become the main reason for terrible odors.

To tackle mold smells in your vehicle, you should find the root reasons at first. Then, you are able to explore how to get rid of mildew smell in a car. Therefore, you strongly solve this problem with ease! 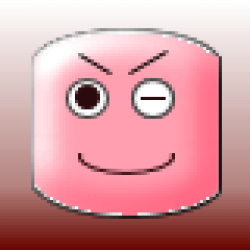